We are using cookies to analyze our traffic With Google analytics. Your personal data is anonymized. OK 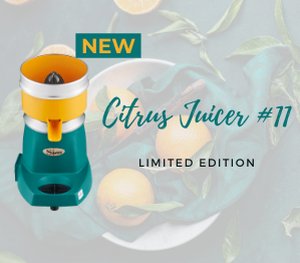 During the last edition of Host show, many of you voted for your favorite version of the citrus juicer #11.

And the winner is … the Hipster.

Order it now at santos@santos.fr.

Don’t wait too long. It is limited to 200 units worldwide.

As a French manufacturer of professional equipment intended among others for the hotel and catering industry, Santos is honoured to announce its participation as an official partner of Team France Bocuse d'Or: the largest contemporary cooking competition.

This year, it's Davy Tissot who, accompanied by his team, will have the honour of representing the French flag.

We were more than delighted to share a special moment with the chefs during the two immersion days organized at the beginning of July at Serge Vieira's.

A unique event under the sign of conviviality which allowed us to unite and support the team in its preparation for the Bocuse d'Or Europe.

It is in June 2021 during Sirha in Lyon, where we will be exhibiting, that the world final will take place. 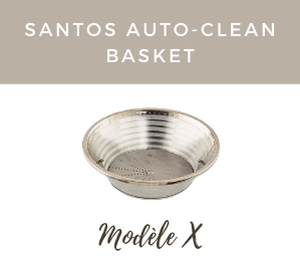 In order to improve the performance and ease of use of our juice extractors, we have launched our new models #50X and #68X.

Equipped with a patented auto-clean basket that offers a better pulp ejection, they will allow you to get a higher yield and reduce your cleaning needs, which will save your time during operation. 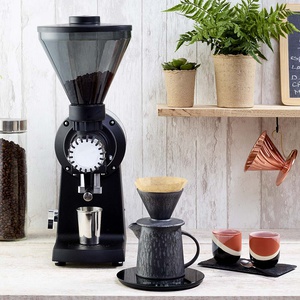 This special edition dedicated to baristas is based on the traditional coffee grinder from 1954. A unique design and high quality features for a premium coffee.
It can grind small amount of coffee thanks to its 1 kg (2.2 lbs) hopper, ideal for specialty coffee.
It offers a precise micrometric setting for all types of filtrations: espresso, filter, French press… 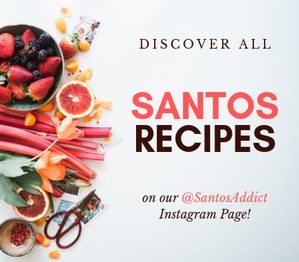 Discover every week on our Instagram a new recipe for fresh drinks, coffee or food preparation associated to our machines.

We are always very happy to discover your world and your passion. Do not hesitate to share your creations on social networks with #santosaddict. 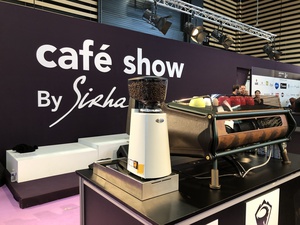 We were also proud to sponsor the French Coffee Championship, held during the Sirha show in Lyon. Supported by SCA France, this championship has become a major event for all coffee lovers and professionals.

The contestants surprised us with their creativity and their know-how all along the competition, with our coffee grinders #55W, #01BAR, and #63. 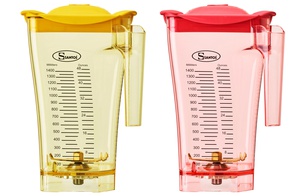 In order to meet the market’s demand and protect consumers concerned by food allergies, we have launched coloured jugs for our brushless blender #62. Available in yellow and red, these new jugs help avoid cross-contact with allergens, as you can simply associate recipes containing allergen ingredients to a specific colour. 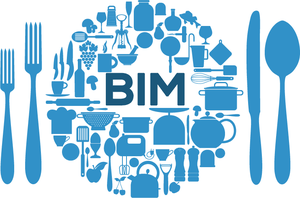 Santos is now on Specifi and provides a Revit Library which includes products’ technical specifications and 3D drawings, in DWG and RFA formats.

Consultants, designers, and specifiers will now be able to configure all Santos products easily in their projects, thanks to our complete library of BIM-compliant 3D blocks.

Thanks to the help of the Auvergne Rhône-Alpes Region, Santos has been able to put in place an ambassador (VIE) to represent Santos brand in Indonesia and South East Asia. A good way to promote our machines ''Made in Rhône-Alpes'' in Asia, and increase our export sales.
www.auvergerhonealpes.fr 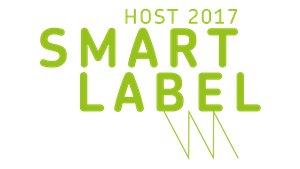 The cold press juicer NUTRISANTOS™ #65 gets its 4th award of the year!
Our innovation has been rewarded by HOST with the SMART Label 2017. A prestigious recognition for the most innovative products and services of the hospitality industry.
Come and see this new product at HOST, from October 20th to 24th : Hall 24, booth M66 N63More information about this innovation HERE 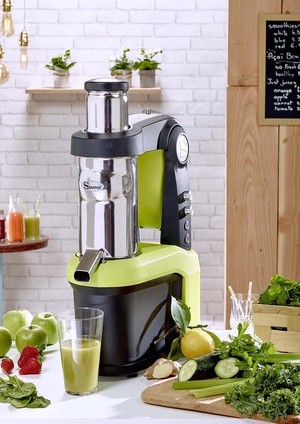 We are proud to launch the first counter-top commercial cold press juicer that can be used in front of the customer.

Thanks to its patented cold press system, the cold press juicer 65 slowly presses any fruits, veggies, or herbs, preserving all the nutrients, minerals and vitamins, and offering a maximum juice extraction.

This will be a must-have appliance to make healthy and nutritional cold pressed juices, on-demand, in front of the customer. 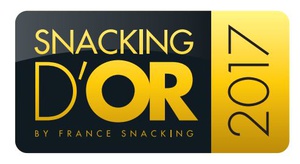 The Cold Press Juicer Santos #65 won the Snacking d’Or by France Snacking 2017 in the category « material and equipment ».

Already awarded by l’Observeur du Design 2017 and the Sirha Innovation Award 2017, the Santos Cold Press Juicer wins its third award of the year! 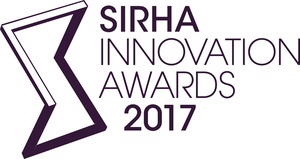 Santos Cold Press juicer 65 won the 2017 Sirha Innovation Award, in the category ''Appliances, Equipment, Concepts".
A great reward for the R&D team and the whole company.
Santos will demonstrate this new product at the Sirha show, stand 5C20.

Santos Cold Press Juicer #65 has been awarded with the prestigious L’Observeur du Design award 2017! A strong acknowledgment of our commitment to design and innovation for this new product which will be available in November.

New improvement on our Brushless Blender 62: the DUAL CRUSHING ACTION.

The blender 62 is now equipped with a new blade and new ''Dual Crushing Action'' programs to crush and blend any kind of ingredients in a few second: hard ice cubes, frozen fruits...

This patented two-way rotation of the blade, unique on the market,is perfect for all your frozen drinks! 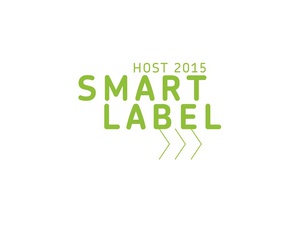 Santos Brushless Blender #62 has been awarded with the SMART LABEL 2015, which is assigned to the most innovative products at HOST.
The brushless technology brings a lot of advantages:
- Excellent energy efficiency (green technology)
- Long lifetime / No maintenance
- Silence
- High torque & power

Santos created its own application "My Santos Juice Bar", available on the Apple Store. This game allows you to make smoothies with our full juice bar solution: citrus juicers+ juice extractors+ blenders.

It will also give you a lot of ideas of juices & smoothies recipes that you can add to your menu.

Come and test your creativity on our application and don't hesitate to share your own recipes on our Facebook page! 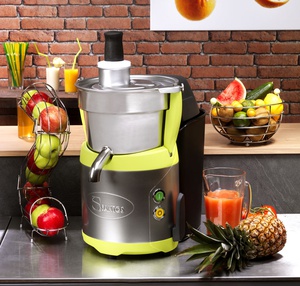 SANTOS launches the centrifugal juice extractor ˮMiracle Editionˮ #68 which is the result of its 60 years worldwide experience.More powerful, more robust and easier to clean, this new generation juice extractor is the must-have for juice bars, and is adapted to intensive use with an exceptional output up to 140 l/h (200kg/h). 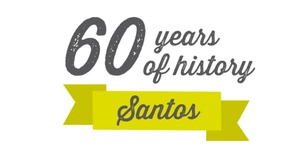 Santos was created in 1954 to provide commercial coffee grinders and cheese graters to small retailers. 60 years after the launch of its first products, Santos continues to grow and its R&D department develops new and innovative products based on its savoir-faire with respect to the production of motors.

Santos was a sponsor of the French roaster championship which took place in Bordeaux, in September, during the national roasters meeting.
The contestants used Santos Automatic coffee grinder 55 during the competition.